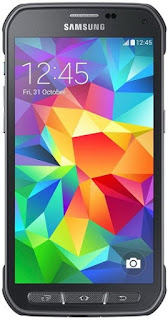 Wouldn’t be cool if Samsung, one of the best smartphone manufacturers, didn’t make it to this list. They proved they could produce a quality device with strong battery life.
Just released this June 2015, it doesn’t have the curvy edges like its previous flagship member, the S6 Edge, S6 Active is rather rugged. And as the model name is implies “Active” the reason for the name seems relates to the fact that it’s built for very Active persons who are always busy to charge their phones, also Originated from its battery capacity and build (strength) – The smartphone is also Water resistant.

SSocial Media
When most think about the role Android apps play in photography, they think Instagram, or any other form…
HHow To
A promise had been kept! Infinix Hot 2 ( X510 aka The Hottest One) had finally gotten Android…
RReviews
Since 18th August 2015 when the first Android One smartphone, Infinix Hot 2 was launched, it’s available in…
RReviews
Today, we’ll be introducing the newest Smartphone device in the market, Infinix Hot X507. The new Infinix Hot…
MMobile
Sometimes our Nokia fones, especially Symbian, can start becoming too slow than it supposed to, it cannot run…
MMobile
Hi fellas, I suppose this is the reigning topic discussed and shared in many web forums as at…