Sometimes our Nokia fones, especially Symbian, can start becoming too slow than it supposed to, it cannot run properly as expected, these problems may be due to Internal Memory or/and MicroSD Card, which i will explain at the end of this post.

Months back, I had this cool application called Flip font which some of us, Symbian users know well about. Then, I had very little knowledge handling it so when I toyed around with some folders, using X-plore while I had this Flip font stored in my phone’s internal memory, the C: drive got corrupted and my phone Crashed,  it went off and couldn’t boot On again. I use a method called Hard Reset, though there are two ways you can Reset your mobile. 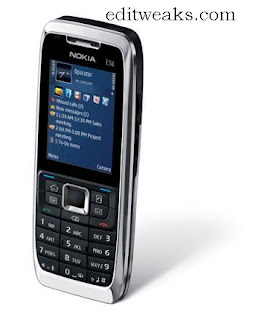 Or you can press a combination of buttons (this is the last option to take in cases where the phone refuses to Boot),also known as RE-flashing or the “3-Finger Salute” and it works most various Symbian phones.


NOTE:  Ensure you back up your files into your Memory card since doing this would format/delete all data in your C: Drive (Phone’s Memory)

Remove and REinsert the battery.
Hold the following buttons *, 3 (number button) and Talk/Green key.
Now press the Power button on the phone, do not release those buttons until you see the Nokia boot up screen. once you feel the phone power up you can let go off the power button while still holding all three button.

Use the following buttons to do a hard reset on Nokia 5800XM, press and Hold GREEN/ RED/ CAMERA keys all at once, then Press power button. this will only work on 5800’s that have firmware version 20… and up. )

The good thing about this that it turns restores your phone back to factory Setting, making it seem like it’s New, but the ugly  part is that you will loose your Files, if not all.

What you Should know about what can make you Reset your Phone?

When the phone’s ROM (Read Only  memory) get almost full, there are no more spaces to store caches from your browsers, apps, receive Messages/files and so on,  it would definitely alter the speed at which it operates.
* Make your external memory (Micro SD) your primary Storage since it has more space for saving data
* Ensure you don’t install malicious applications inside your phone’s primary memory, it would easily harm the phone’s system.
Keep the internal memory strictly for data which can only be pre-installed in the internal memory by Default, such as caches, firmwares, cookies etc.

* Same matters of slow operating system will arise when your memory card gets full, in this case, deleting some files might be the solution.
* Do not always go for Micro SD Cards (MMC) with very high capacity, if your Manufacturer recommends a 3 Gigabyte Memory card for the phone, then use it that way, ignoring such recommendations to go for more might later end up crashing the phone.

34 thoughts on “Reset/ Format/ Resurrect Your Nokia with Hard Reset, No Internet or External Devices Needed”