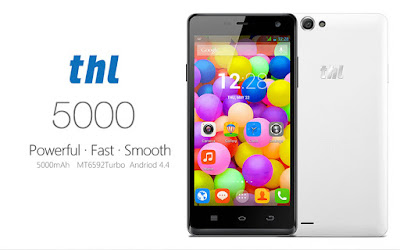 As the Model name sounds, “ThL 5000” which comes with a 5000mAh battery is Another cool MediaTek device with a long lasting Battery. Its benchmark competes the high-end Android devices like the Samsung S3, LG-G2 amongst others,  yet it really fulfills the needs of its users with its 5000mAh Battery.