When most think about the role Android apps play in photography, they think Instagram, or any other form of cell phone photography. But in fact the new Nikon Coolpix S800c breaks this former mold. An actual point and shoot camera, the new Nikon Coolpix will run off of Android apps that will really push the envelope of what point-and-shoot cameras are capable of. The ability for a WiFi connection with the camera make it easy to share and use mobile photography apps, like the aforementioned Instagram. 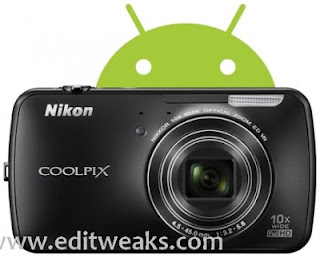 If you look on the back, you’ll see a complete touch screen, further making this new camera look more like a cell phone, though it will not replace any smartphone or tablet. In fact, boasting a 16 megapixel sensor, it is something that cell phones will have a time competing with. What the camera and Android system does enable is quicker sharing apps from the Google Play store, as well as access to other third party editing software. In fact, Nikon is also releasing a new photo sharing site in response to this new technology.

What will this make the rest of the digital photography look like?
This will be great for the social photographer, but will this translate at all to the professional market? There are already memory cards that have Wifi capabilities, which among other solutions, can send the photo directly to a camera, but that isn’t quite the same. Also, with the amount of editing required for most professional photos isn’t supported by the mobile apps… at least not yet. But with the development of these third party apps it could be a possibility. Then it will come down to photographer preference, which is most likely in a formal workplace, so they might not be able to cut into the pro market for polished images.

However, utilizing these apps for the Android market could be a good move for users. Sometimes hardware is only compatible with a non-effective software offered by the camera maker. That will not longer be the case for the Coolpix S800c. Having access to this market of compatible apps will take out the need for such software, possibly saving the camera companies some development costs.

So it seems that this move is going to have a successful impact on the market. It is going to shake things up to the benefit of consumers, and it is a refreshing change of pace. I am excited to see what opportunities this opens up.