Skip to content
Perhaps your Mac is upgraded to Mountain Lion, but are you sure that you’re not missing anything? If yes, then you must be aware of 10.8.2 that Apple rolled out, alongside iOS 6. If you’re not aware of it, check the Software Updates in the Apple Menu and download the latest update. 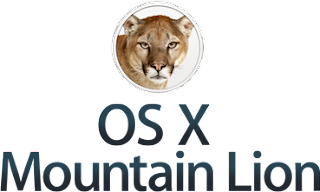 Earlier this year, Apple made promises like Facebook Integration to Mountain Lion,but when Mountain Lion was launched only Twitter Integration was live. Later, Apple announced that Facebook Integration will be added in an update. And now, that update has been rolled out. Mac OS X Mountain Lion – the world’s advanced desktop OS gets even better with the new version 10.8.2, the second update to Mountain Lion since its launch in late July.
The new update adds Facebook Integration just like the iOS update – iOS 6.The new version 10.8.2 adds several Facebook-related options and incorporates Facebook sharing into Apple-made apps and many system components. Similar to the Twitter Integration in Mountain Lion, now you can sign in to Facebook. With this new update, while sharing links and photos, you can add Facebook as an option.You don’t need to launch specific apps to post status and updates as you can setup a notification center that allows you to post and share status. The notification center also lets you see your Facebook notifications.
It’s not just this, apps like Safari, Contacts and Preview will now have the Facebook option. And you can view your Facebook friends’ photo albums and contact information in Contacts. Apple also allows third-party developers to create various apps that exploit this feature.In addition to Facebook integration, there are many other new features included in the update like:
In simple words, the new update has something for everybody. Like for gamers, with the Game Center, they can share their scores on Facebook and Twitter. The Game Center will let you play against your Facebook friends and challenge them to beat your scores. You can like any game from the Game Center with the Facebook Like option. You will have your Facebook friends included in the list of Game Center friend recommendations automatically, and so on.
Regardless of what the new update has, Facebook Integration is the big thing in the new version OS X 10.8.2 that is noteworthy. The Facebook Integration feature available in the new update is exactly what you and I need.