It’s been two months since the official market release of the iPhone 5, and we still have not seen a jailbroken iPhone 5. So far, the iPhone 5 has taken the longest time to jailbreak since it took developers almost two months to jailbreak an iPhone 4S last year. But iPhone aficionados don’t need to worry.
Apparently, iPhone hackers like Planetbeing and MuscleNerd have affirmed that the jailbreak is underway but is not making an appearance anytime soon. 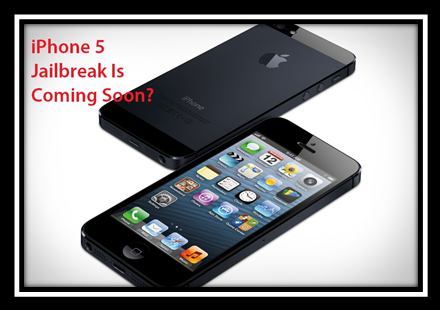 For most jailbreakers, breaking into an iPhone’s steadfast security isn’t really about the money. If anything, the only motivation they have for doing such a complicated task is the challenge of defying Apple’s standards. Back in September, a lot of hackers thought the iPhone 5 was definitely challenging to break. For one thing, it is believed that the iPhone 5 and the A6 chip are much more guarded than the old iPhone versions thanks to another master hacker who Apple hired to increase the A6 chip’s security.
Comex (also known as Nicholas Allegra) was one of the key members of the iPhone hacking community before he became one of Apple’s own. It is believed that Comex was one of the people who helped harden the A6 chip against hacking attempts by attacking as many vectors as possible. Aside from the hard-to-crack A6 chip, hackers, apparently, are also having a hard time with the iPhone 5’s new Lightning port.
One of the major processes in hacking an iPhone is finding and accessing the Apple smartphone’s core by connecting to its 30-pin connector’s serial pins. Now that the connector has been changed, iPhone hackers are challenged to find a way to break into the iPhone by reverse engineering the new port.

But it looks like the hackers are past these major obstacles now. Planetbeing made it known to all his Twitter followers that the foundation of the jailbreak tool had been created and they were starting to build upwards from there. He also said that for now, the hacking team is trying to find some missing pieces for the program, which means it might not be very long before the iPhone 5 jailbreak is out. Planetbeing also shared a photo through his Twitter account that looks a lot like a jailbroken iPhone 5.
Meanwhile, Jailbreaks for the old iPhone versions like the iPhone 3GS and 4 that are updated to the iOS 6.0.1 are now available through an untethered version. The iPhone 3GS will need a Boot ROM to work completely. The same untethered jailbreak is also available for owners of the third and fourth generation iPod Touch that are updated to iOS 6.0.1. For the iPhone 4S, however, Planetbeing says it’s possible that the jailbreak will come around the same time as the iPhone 5 jailbreak.
Let’s all keep our fingers crossed for an iPhone 5 jailbreak. Until then, be aware of the multitude of jailbreak scams out there that say they can jailbreak your iPhone 5 for a fee.

2 thoughts on “Cross Your Fingers! The iPhone 5 Jailbreak Is Coming Soon”