What makes this a more exciting piece of news; Android spyware wreaking havoc with OS phones or iPhone spyware infiltrating the ‘so secured’ platform of the Apple device? Surely, the later grabs your attention, as this is definitely not something one would normally expect. The iOS is considered as the foolproof and highly secured platform, which has increased the expectations of not only its users, but also the security and tech gurus. So, cavity in this fortress is a waking call for the Apple’s masters, especially in face of a latest malware scare. 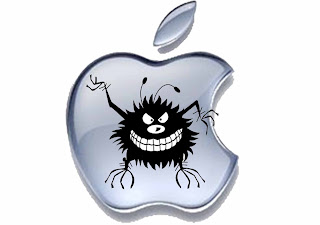 Lately, news published in Bloomberg make huge waves in the sea of technological world – a malware, known as FinFisher spyware, developed by Gamma Group from the UK, and is being touted as spyware that can take over many mobile devices, iPhone and BlackBerry included. The malware will prove to be a fish that contaminates the entire aquarium, leaving nothing as it spreads. It has the ability to work as an iPhone tracking software or BlackBerry spyware – working stealthily to keep a track of the location of the phones, their voice calls and emails. Unlike any other tracking software, FinFisher records your voice calls by turning the microphone on and even the surrounding sounds.
Basically function of this spyware is to monitor the target user’s privacy – from their movement, their private data, their personal dealings, anything and everything would be under this demon’s gun.

Researchers from the University of Toronto’s Munk School of Global Affairs have been struggling to find how deep this Fisher spyware can swim. Samples collected of devices affected from this malware are under analysis at the Citizen Lab to unravel the myriad layers of this spy. Researchers have so far revealed that there are many people using this spyware to monitor targets – allowing the users to switch the microphone of the targeted phone remotely and convert an average iPhone into a proper tracking device.
The University’s research results are similar to the material that Gamma has been spreading around to promote the FinFisher product called FinSpy Mobile. FinFisher has the ability to monitor computer and cell phone in a stealth mode.

This spyware not only monitors your saved data or your calls, but also saves every word that you type through your smartphone keyboard. A keystroke logger logs every singly key that is typed on a keyboard onto the hacker’s screen through the internet and hence both the passwords of your social networking or email accounts, and your bank accounts would be hacked through the FinSpy products.
Similarly remotely turning on cameras on an iPhone – or a BlackBerry for that matter, with a quintessential BlackBerry spyware maneuver – can jeopardize the privacy of the user, and would aid the hacker in keeping tabs on their target in a multitude of ways. And also, there are few better ways of intruding in on the private dealings of a person than intercepting their Skype calls – it could lead to privacy repercussions of both the personal and business fronts.

RReviews
iPad mini, Kindle Fire HD and Nexus 7 have to fight it out with their best abilities to…
iiOS
Perhaps your Mac is upgraded to Mountain Lion, but are you sure that you’re not missing anything? If…
AAndroid
It’s really nice how Android made sharing seamless across its operating system over the years. We know on…
SSecurity
If you have Avast, one of the worlds most popular Anti-virus Software running on your computer system,…
RReviews
Today, we’ll be introducing the newest Smartphone device in the market, Infinix Hot X507. The new Infinix Hot…
SSocial Media
There are tons of other ways for you to earn money online. The most known is by freelancing…