You Can Now Run Your Android Apps On Your Google Chrome for Windows, Mac, Linux, Chrome OS

Google back in September introduced the first set of Android apps for Chrome OS via its App Runtime for Chrome (popularly known as ARC) in Beta.
The First Android Apps which supported their Chrome OS included: Duolingo, Evernote, Sight Words,
and Vine
Now, the company is taking the ARC that is still in beta to the next level as it can allow Android apps to run (to some extent) on desktops.
The Chrome extension named ARC Welder is now available via Chrome Web store, and it can run (or test) any Android app within the Chrome browser. 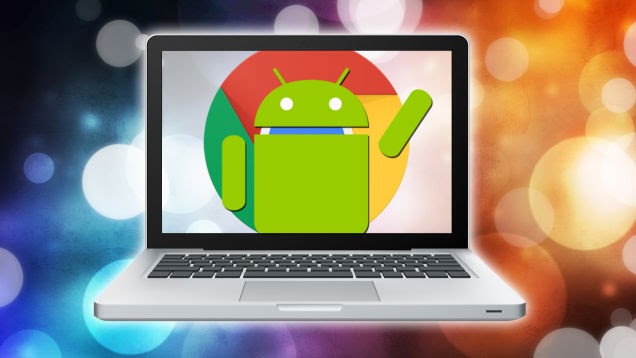 The search engine giant stresses that the new Chrome extension release is primarily focused on developers to test their apps on Chrome OS. It’s worth mentioning that the while move might be targeted for developers to test the apps for Chrome OS; though it allows most Android apps to run on desktops such as Windows, Mac, Linux as well as Chromebooks.

Android Police also points out, “It runs Android software at a speed that’s close to native inside of a sandboxed Dalvik virtual window.”

Considering that ARC is still in beta, Google is referring to this release as a Developer Preview.

Google details how to get started steps for developers to test or run Android apps on Chrome OS via the ARC Welder Chrome extension, which unfortunately requires the apk (Android application package) file of an app. Users can find the signed-apks for most of their favourite apps on third-party hosting sites like Apkmirror. To test or run an Android app, one will have to attach the apk file to ARC Welder and launch the app.

The company also details how developers can upload their apps to Chrome’s Web Store.

“In ARC Welder, click Download ZIP. Upload your ZIP file to the Chrome Web Store. And See the Publishing Your App for more details.
If you’d Like to know how to Run Your Android Apps on your Desktop, you can check out this post on Lifehacker as they have published a Step by Step tutorial on it.

There are few limitations as Google Play Services are not completely supported, which means that the apps relying on it might not run well.
“Since ARC is in beta, it doesn’t support all of Google Play Services yet,” Google said.
The company however has given some available APIs to fix.

At the moment, some are kind of pondering whether there’s any need to have their Android Apps on their Deskop, many others feel this is yet another great Innovation for more Possibilities.

AAndroid
No doubt, The Infinix Hot Note is one of the Best models to Hit the smartphone market in…
AAndroid
Nigerian’s are going to know more about Infinix Mobility’s next device on November 27TH during Black Friday, biggest…
TTech News
It was about 6:35am in the morning, when I woke up from sleep, I took my  phone,…
RReviews
Month of October is near and Google is set to launch its own manufactured replacements of Nexus mobile…
TTech News
Nintendo’s console for 2017 is almost around the corner for those gamers who had been a loya fans…
HHow To
EXTRA TIP UPDATED   This is a follow up from our Previous post: Some devices are different and…