How To Know GPU Type, CPU & PCB of All Android Devices

Today, we’ll be showing you various methods to check and know the GPU, CPU type and PCB of Android devices in 2022/2023.

The truth is there are so many consumers that use Android devices without knowing the many technicalities behind them, and another fact is that there is importance in every single component that was used to build the device we use, but we don’t really pay attention to these details until the time comes when we face processor-related issues in the smartphone, then we start worrying why something refused to work or failed while we were using it.

After reading this guide, you will also discover how you can check and know the PCB in mobile, PCB – Parts, and Components. This means you will be able to identify the Parts and Components (the PCB) of a Mobile, this helps technicians to be able to know about these parts the mobile (Android) is made up of in case they want to fix or replace them.

A good example is the Apps and Games we install on our devices, after installation, perhaps something goes wrong, and the major reason is the Specs used to build our devices.
Therefore, after reading this post you’ll learn how to check the processor (CPU, GPU and PCB) in any Android phone or device running Android OS.

ALSO READ: How to Run Your Android Apps On Your Google Chrome for Windows, Mac, Linux, Chrome OS

Some Apps & Games we install require a particular specification in the device to function properly with those Apps & games, GPU, CPU, RAM, the Operating System’s version, and a few others are the first set of important things to Understand in your Android Devices.

This is the perfect App that tells you all you need to know about your Device,  it will tell you about CPU, RAM, PCB, Smartphone Name, Smartphone Type, and all the GPU Specs in your Android.
All these are important so you’ll Know what type of Games or Apps that will Support your device and work perfectly with No problems. 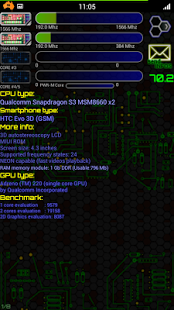 CPU-Z was introduced to me by a good friend of mine, CPU-Z is a freeware that gathers information on some of the main devices of your Android system, It shows your Model of your Chipset, CPU, GPU type etc. They have the Windows Version too. 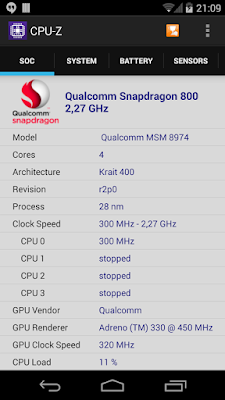 The major function of Antutu BenchMark is to Scan your Device’s Specs in comparison to others that have been scanned too, so you’ll know the devices that your device is better than, or that are better than yours, in terms of technical Specs of devices, and similar to CPU-Z, this App will also tell you all about your CPU, GPU, RAM, phone name and other specs your Device is Built with. 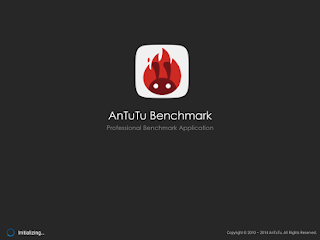 These are the Best Methods and Apps used for checking GPU Type, CPU & PCB on Android devices, is there any other method you use? You can tell us in the comment box.

BBest List
The year has been an adventurous and interesting one for smartphone lovers in Nigeria and the world in…
RReviews
Month of October is near and Google is set to launch its own manufactured replacements of Nexus mobile…
HHow To
Finally, I decided to move to the top trending smartphone OS in the world right now, Android, so…
MMobile
After so much anticipation on The Walking Dead: Michonne which surfaced last month, February 2016, the game was…
HHow To
Hello there! Today I am going to show you a simple sweet method to get Double of any…
HHow To
As we know, Notepad is a plain text editor, that would Normally save your texts in “.txt” extension.To…