The 5 Must-Have Mobile Gaming Applications of 2015

First and foremost I would like to personally thank Edi for allowing me to stop by and guest post on his awesome site. I personally feel the need to visit often after reading his articles on mobile phones and Samsung Galaxy specifically.

Casual mobile gaming has become extremely popular with all ages. Applications are being created a on a daily basis due to this craze, but not all are worth your attention. Today I will be giving you some closer insight on some great gaming applications for the Android operating system that might peak your interest. 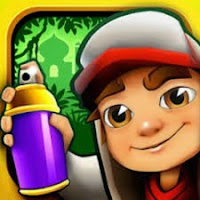 Runners became a popular genre in the mobile world a few years back but only a few have ever reached the detail and polish that Subway Surfers provides. In this game you take control of the main character Jake and his friends and attempt to dodge wacky objects like trucks, signs, and even trains while avoiding being captured by the security guard and his human hungry dog. Runners are usually just that, dodging and collecting to achieve the highest possible score, which you of course share with the world or friends locally. If you have never tried a runner this would be a great place to start as it’s the most polished and user friendly. Even though some might say he resembles a piece of poo I personally feel he is a lovable little creature. If you were a 90’s Tomagotchi fan, you are going to love this application, it plays just like an updated version of those old pet-caring toys. It’s rather simple and might be a little boring for non-nostalgia driven users. You take care of this creature, feed it, play with it, and even have a few mini games where you can interact with it personally. 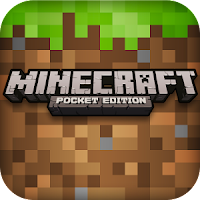 Since the release of its highly anticipated PC counterpart, Minecraft has grown to be an extremely well established franchise. Minecraft Pocket does not offer the same exact experience as the pc version, but still delivers, and is also growing every day with its constant content updates.
The game provides you with an endless world that is randomly created; you are now the boss of your own adventure. Taking the time to decide what you would like to build first in this enormous game can be quite difficult. Imagine a game with an endless amount of Lego’s, but with added adventure, and you have Minecraft. If you have not played any other version it is highly recommended you give it a try.

A simplistic puzzle game turned into an addictive candy craze. If you have ever played games like Bejeweled or Columns then you are going to fall in love with Candy Crush. It has that classic connect 3 or more to burst lines aspect but with a twist. I have heard people calling it a cash cow as it does offer items which a player can purchase to make their gameplay easier, but I personally feel you do not need to purchase anything to have a lot of fun with Candy Crush, just a little patience. 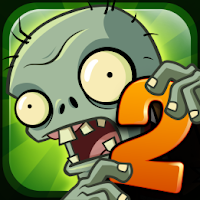 Where do I begin? This game holds a special spot in my heart as one of the greatest strategy games available on a mobile device. You take control of plants with special powers and use them to fight off waves of zombies that have only one thing on their minds, eating your brains. With all the wacky levels available and content being added monthly you cannot go wrong here. Plants vs. Zombies 2 plays a little different from its original counterpart as it’s a DLC (downloadable content) based game.

Being a mobile gamer you are bound to travel and of course, taking your games with you. When traveling abroad you might encounter country censorship or even find that certain games are unavailable for play due to region locking. Your information can also be at risk if you use a lot of public Wi-Fi.
Using a mobile virtual private network can help you bypass these types of restrictions and secure your connection, thereby protecting your device. You do not have to worry, this is not illegal, and it does mask your device from strangers lurking, so nobody will ever know.

I hope you find a game to play from this list and become as addicted as I once was, I wanted to choose games that were modern but also provided a unique experience.

JUMIA Mobile Week Megathon | All You Need To Know About The Biggest Mobile Sale Ever!

AAndroid
The Mortal Kombat Games’ journey which began in 1995 has had a Superb Growth and Audience over time,…
RReviews
First off, it’s a New Year for football game lovers and ardent followers of the revolution of virtual…
AAndroid
18th of August in Lagos, Infinix Mobility has marked a significant turning point in the telecommunication ecosystem. In…
RReviews
iPad mini, Kindle Fire HD and Nexus 7 have to fight it out with their best abilities to…
SSecurity
A bug bounty program is one in which hackers from around the world converge to try to hack…
AAndroid
Infinix Mobility had recently launched the latest version of it’s customized user interface known as ‘XOS Chameleon’ with…