Smartphones with the baddest specs are launched and released into the Market in many parts of the world every Year.
You’ll see a cool Smartphone with Amoled screen, Quality Cameras, Fast Processors, plenty Memory (RAM & ROM), latest Android OS, then it will come with a 2,000mAh battery
Their Draw backs are always their Batteries…. this doesn’t sound reliable in parts of the world or some Countries where Electricity is unstable or the users are too busy to charge their smarrtphones.

Hence, most of these people are always keen to own any good smartphone, as long as it has plenty of Battery Juice.

ALSO READ: Things To consider when Buying a Smartphone in 2015

So far, only few smartphones had been adorned with very Tasty Specs and finally a Fully Power packed battery to Back it up. If you’re looking for such phones (or Phablets) with high capacity and lasting Battery life, then I crafted this post just for you.

Online Malls may sort their smartphone according to Price, but we Sorted this by Battery Capacity in a descending order – 5000mAh to 3000+ mAh.
Most are Dual Sim enabled, we’re focusing mainly on their Batteries and quick Specs, you’ll easily get most of them here in Nigeria and some, overseas.
Whatever your Location may be, it can be imported and delivered to you. 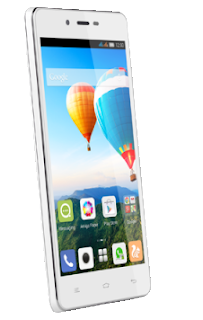 This smartphone’s battery is even higher than some Powerbanks 🙂
It was a stunner when it was launched into the market early 2015, most people were after the smartphone’s battery and so far, they haven’t been disappointed with it. Users are Working with it all day without Fear of the battery dying.