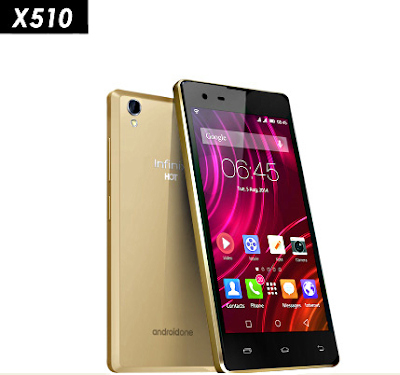 This new Smartphone is a remake after considering feedbacks of thousands of users of the predecessor (Infinix Hot).
As stated ealier, One cool stuff about the new HOT 2 is the Fact that it’s actually the very first ANDROID ONE smartphone (in Nigeria).

Now, You and many others may be asking:
Just Like I heard someone saying…
“These tech guys have come, which one is Android One again..“

What is Android One?

We’ll keep the answer Simple,
Android One is a line of consumer electronic devices that run the Android Operating System, it was launched about a year ago. It is a standard created by Google for Android systems, mainly targeted at people buying their first smartphone.
As introduced by one of Google’s Head, Sundar Punchai, The aim of the Android One Program is to produce and distribute quality smartphones/gadgets with:

*Incredible Specifications, must be Google certified and yet at an Affordable price

I think with that, the devices should be able to reach every class of people.

This is exactly what has been applied on the new Infinix Hot 2 Device and the unique move by Infinix Mobility was so stunning that before, during and after the Launch Event on 18th August, 2015 (which we also attended), it was Featured on the Biggest Authorities in the News, web and Mobile Industries like TechCrunch, WikiPedia , GSM Arena, Official Android One site amongst many others.

The smartphone came in Two variants, a 1GB RAM and 2GB RAM both comes with 16ROM.
The Body is really smooth and glossy with pretty nice curved edges, more so, the smartphone’s LCD display comes fully protected with a Dragontrail X glass which makes it anti-scratch and scruff.

At the event we also gathered that the smartphone will feature:

YouTube Offline – This Debuted in India in 2014, it’s now available in Nigeria with Hot 2. The feature allows users to save videos to play offline for a period of 48hrs.

Streamline Search – Search becomes 33% faster and uses less data than normal search. In this regard, the engine detects the connection strength first and sends a smaller chunk of data to the user’s device.

CAMERAS – 8MP Camera, 2MP Front cam  (with Flash at the back and Red LED in front )

We’ll tell us more once we test it out and publish a Hands-on review of the new Infinix Hot 2 device in few days.

HHow To
That awkward moment you’re expecting a credit Alert, finally the message arrives only for you to realise its…
AAndroid
It’s TIME to Take Charge!Infinix Mobility is launching a new smartphone in July 3rd 2017 which is a…
AAndroid
I am speaking of a game like God Of War redefined. Dungeon Hunter is back! Dungeon Hunter 5…
RReviews
Month of October is near and Google is set to launch its own manufactured replacements of Nexus mobile…
RReviews
At last! The Infinix Zero 2 X509 also known as the The Next Hero has been launched on…
iiOS
First and foremost I would like to personally thank Edi for allowing me to stop by and guest…