The latest flagship, Tecno Phantom 5 has been Officially Launched at Sheraton Hotel, Ikeja Lagos Nigeria today 16th September 2015.
What makes this smartphone stand out is the Fact that it’s Actually high-end along with so many amazing Specs.
It actually comes with a finger Print Sensor, a rare feature only few Android smartphones have been opportuned to posses, the Memory too is quite impressive, a 3GB RAM + 32 GB ROM, and some Pretty Powerful Camera features, an 8MP Front camera with Flash and 13MP at the Back and of course, a type of Battery capacity most people would go for, 3000mAh.
This is the Highest model they have Produced if we’re not wrong. Below are more information about the Specs of the Phantom 5 with Photos. 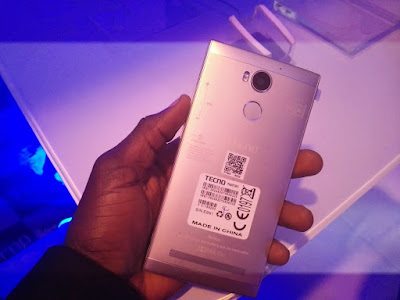 · Camera: 13MP back camera with LED flash and a 8MP front facing camera also with flash

WHERE TO BUY – It will be Available first on both JUMIA AND KONGA ONLINE MALL,
we’ll update this post with the Links once they’re Available.

Despite you may feel this is yet another Chinese OEM smartphone that is not supposed to be that expensive but looking at the superb Specs that Graces this Phantom 5 smartphone, some people still feel it is worth the price.

Eye of the tiger – Your own mobile phone spy software, XNSPY

iiOS
Picking the Best Games to install and play on your Apple Iphone can be a bit challenging to…
iiOS
The sleek new iPhone 5 that is a lot thinner and lighter than its predecessor the iPhone 4.…
RReviews
We’re here again with another amazing product from Samsung Galaxy Flagship now available in Nigeria. The Galaxy A5,…
AAndroid
5. XOLO Q3000 – 4000mAh A Big phone or phablet rather, the Xolo Q3000 had been around in…
iiOS
You know how we roll here by bringing you some of the most exclusive games to enjoy on…
BBest List
Many new smartphones are being launched every now and then. It has increased the level of competition between…