It was great news when WhatsApp went from being just an interesting messenger to having extra features like WhatsApp Web, and then Whatsapp voice call was added.
Right now there are rumors WhatsApp might be having Video call feature added to the list, they’re still testing the new development on an iPhone, well, I am not totally against it but I feel video call on WhatsApp may end up not being the way you’re anticipating it to be after you see the points below:

The App Size will Suck Your Phone’s Memory:

When WhatsApp Video Call Feature arrives, you know the data size of the App will definitely increase, this means the WhatsApp will use more RAM on your smartphones, and it will likely crash often than before if the App is not well optimised or your device doesn’t have large RAM. 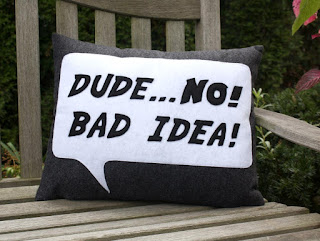 Once again, some users will be left behind

Platforms: We all know other mobile platforms, J2ME and Symbian – Yes, **tongue-out** (they still exist) had been left behind since WhatsApp introduced the calling feature, this was only supported for Android OS 2.1 and above, on Apple iPhones it required iOS 6 or later, and you know how it took a while before eventually coming to Windows Phones. The moment Video calling feature is added, that’s 2 steps forward, leaving the other guys behind.

Data Users: As it is with some countries that are yet to have a reliable fast and cheap internet, many people would wish but not be able to use the video calling feature.

We have Skype, FaceTime, IMO… How Many More Must We use?

WhatsApp may have somehow beaten Viber when they introduced Voice Call, but Skype, the biggest boss in the VoIP game is still doing great at Voice and Video calling.
Even Facebook Messenger does video calls, although we’d say different strokes for different folks but how many more must consumers use?

If WhatsApp introduces Video call, the only good thing about it will be benefits between Contact to Contact but if you’re conversant with voice calling using WhatsApp and Skype; you’ll testify that WhatsApp call is yet to be as good as Skype calls in terms of sound quality and instant responses.

Unless WhatsApp is coming with an exceptional way of doing video calls, most people will definitely stick with Skype for video calls on PC and Mobile.

Heck! They’re Shifting From Traditional Messenger with No Privacy

Some users, including myself still see WhatsApp as a traditional text and multi-media messenger, however, glancing at the direction they’re shifting to without User Privacy, their user experience may decline; reason being that ever since WhatsApp introduced Call feature, I believe you had received incoming call alerts at the least time you expected, this happens on other Messenger Apps too, and it’s far more occasional on WhatsApp.
I recall an early morning, around 1:30AM somebody was ringing me on WhatsApp because I kept my internet on.
I bet same people would be using Video calls for more impromptu Calls like that when it arrives.

How to Add Polls For Voting in Your Posts on Blogger

Etisalat 1GB For 1,000 Naira For iPhones, Android and Windows Phones

HHow To
Today I will be sharing with you, one of the easiest and best ways to fix PUBG Mobile…
BBest List
The year has been an adventurous and interesting one for smartphone lovers in Nigeria and the world in…
AAndroid
While people often think of mobile devices and apps as reminders of a fast-paced technological world and hindrances…
HHow To
Ever wondered How people get Screenshots of different scenes on their Phones? Especially internet tutors. They show you…
MMobile
After so much anticipation on The Walking Dead: Michonne which surfaced last month, February 2016, the game was…
RReviews
The three players of the mobile operating system platform made some hot releases this year, Google upgraded to…