Just when we thought it was over, just when we thought that Infinix Note 2 was the last model for the year 2015, we just recieved an alert that a flagship is coming from them this December 15th known to be Infinix Zero 3  X552 !!! And it will tagged as HERO3LOGY with this hashtag #HERO3LOGY

Exactly one week ago, Infinix Mobility launched  its latest NOTE series device – Infinix NOTE 2  , a 6 inched screen phablet with a whooping 4040mAh battery that comes with flash charge feature, which means 15 minutes charge for 8 hours usage and now the Zero 3. 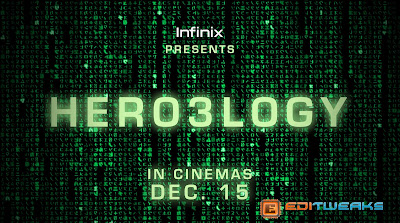 According to online encyclopedia Wikipedia,  a trilogy is a set of three works of art that are connected, and that can be seen either as a single work or as three individual works. They are referring to this particular device, Zero 3.

We are even here with a leaked photo of the coming flagship: 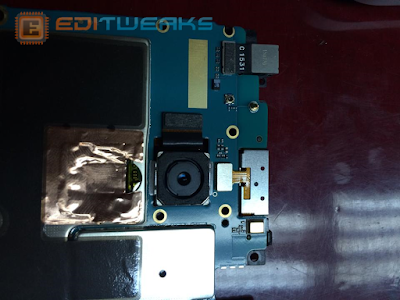 Does “HERO” sound familiar to you? – THENEXTHERO, and ZERO2HERO?

These were usually used to tease its Zero series, right now Infinix Mobility is seems to be ready to release a new HERO device before the end of the year. Now the question is what Nigerians are going to expect for the #HERO3LOGY device?

We do not have much information yet, but according to rumors found on XCLUB forum, Infinix Mobility is preparing a flagship smart phone with high specifications.

Check out the Antutu benchmark below 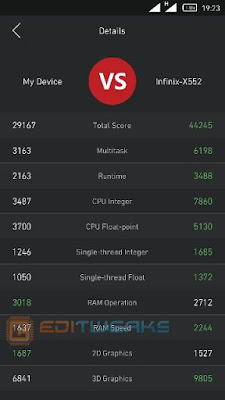 This will include the highest megapixel camera ever seen on an Infinix smart phone and high-end CPU scoring 44245 at Antutu Benchmark, coupled with added feature suggested by Infinix users.
What do you think will be the specs on this flagship? We can only guess for now

VConnect Totori Sales - Grab the Biggest and Sweetest Discounts of this Festive Season!

AAndroid
Tecno launched two new smartphones in its Camon series early in April, and while we were expecting upgrades from…
RReviews
The Hashtags are all over Social Media already,  #‎ItsBoomTime #‎TheBoomSong‬ ‪#‎TecnoMobile‬ ‪#‎ExperienceMore‬ #‎TheBoomPartyThey are all talking about the…
RReviews
This is the First Look with an Entertaining Impression of TECNO BOOM J7 which will soon be released…
HHow To
So all of a sudden my phone’s speaker started to sound weird any time I played Songs using…
AAndroid
Android users who know about DroidVPN should quickly check this one out, it’s working real fast as at…
HHow To
Repair or Changing the IMEI of your MTK / Android is now possible, this includes for MTK 6577…