In as much as the Apple iPhone, BlackBerry and Samsung released incredible processors for their latest flagships, Chinese OEM smartphone processor manufacturer MediaTek’s COO is not backing down. 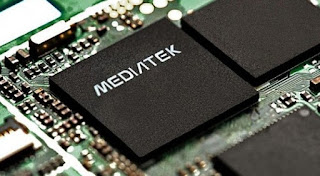 MediaTek has come out and said the upcoming Helio X30 SoC could stand and even beat off the top chips from its rivals, Qualcomm and Samsung. According to them, the specification of the The Helio X30 will be another 10-core SoC, with two 1.0Ghz Cortex A53 cores,
two 1.5Ghz A53 cores,
two 2Ghz A72 cores
and four 2.5Ghz A72 cores.

Although we are not yet clear if it will be on a 20nm chip or 16nm.

This should be a thing of joy for Infinix, Tecno, Innjoo and other Users of MTK phones.
We had last year; seen the latest Helio X10 appear in the Infinix Zero 3 which indeed made the smartphone outstanding and smooth in terms of speed and multi-tasking. And we know Other smarptohnes, including Tecno, Innjoo, Xiaomi and many other popular devices use MediaTek (MTK)
Looking at the what they are about to release in the X30 processor, it’s definite the chipset company is carrying all its chinese OEM devices along.

CComputers
Laptop market has expanded exponentially. Therefore, the laptop manufacturers are concentrating on delivering state-of-the-art devices that ensure long…
MMobile
The Infinix Mobility Team is cooking up something New for all of us.The Name Starts with KEVLAR. THE…
TTech News
Getting Free domains during this economical hard times are kind of pretty difficult, custom domains would…
MMobile
Best MTN Call and Data Tariff Plans [update for 2018] : Over time, things have changed, other networks…
GGoogle
So recently, I started getting and seeing strange referral traffic from Blackhatworld and Vice.Motherborad.com and it’s been going…
AAndroid
Just when we thought it was over, just when we thought that Infinix Note 2 was the last…