One of the most effective ways to create video guides regarding anything on a computer is with screen capture, which is also possible on Android devices as seen in our previous post. By capturing what’s happening on your screen, you can literally show viewers the steps that they need to take to perform a certain task – while narrating instructions to them using a voiceover. 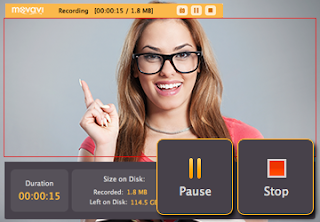 At first it may seem as though creating such a video would require technical know-how, the truth is that with Movavi Screen Capture Studio, it is actually rather easy due to its intuitively designed interface and features. In fact aside from the software itself, the only other thing you need is a script of sorts that details what steps you want to show, and how you want to show them.
Recording the Video Footage.

ALSO READ: How to Get Started Driving Traffic with Videos

Once you have both the software and script, you can start to record the video footage you need. With Movavi Screen Capture Studio you needn’t limit yourself to screen capture, and can actually also choose to record footage via a webcam. In some cases you may even want to use a combination of different types of footage, including some recorded with other devices.

If you do choose to record the footage via screen capture then all you need to do is set the capture frame, select the audio source, and click ‘REC’ to start recording. For video guides in particular you might want to take advantage of some of the other features that will let you display keys that are pressed on screen, highlight the mouse cursor, and set up a custom ‘click’ sound.

Editing and Polishing the Video Guide

In any case, once you have actually recorded the footage that you need with Movavi Screen Capture Studio, the only other part of learning how to make a training video is to edit and improve it. For that you can use some of the features of the software to:

Between all these features you should definitely be able to polish your video guide so that it looks professional and attractive. As you experiment more with the features in Movavi Screen Capture Studio and develop a feel for them you’ll find that you’re able to apply them more effectively and really tap into their potential.

How to Install TWRP and Root HTC 10

HHow To
Repair or Changing the IMEI of your MTK / Android is now possible, this includes for MTK 6577…
HHow To
Since inception of Unlocking Modems, truth is Not all modem Models had been successfully unlocked, unless you go…
HHow To
So you have some document you want to type, have already started typing then you got stuck…
HHow To
Incase what you wanna do doesn’t workout even after successfully making Repair or Changes of your IMEI Number,…
HHow To
It always happens. You buy a new laptop and it’s faster than a greased cheetah on espresso. But…
HHow To
If you own a website, and you have been running it well enough to get you traffic coming…