The Tomb Raider’s revive has anointed its new Lara croft. Another pretty lady named Alicia Vikander, an oscar winner for last year’s movie “The Danish girl”.
Alicia will step into the combat boots that was last filled by Angelina Jolie from 2001’s Lara Croft: Tomb Raider and 2003’s Lara Croft Tomb Raider: The Cradle of Life . Now, the most interesting part is Roar Uthuag is directing the newest adaptation of the popular video game series. 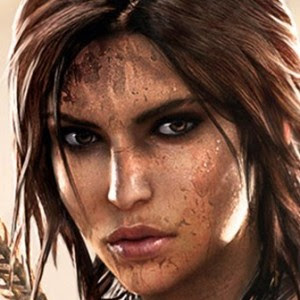 Although there had been side talks that Daisy Ridley was eyed for Lara Croft’s role, Daisy, who had starred on The Star Wars: The Force Reawakens, said there were “initial conversations” which didn’t get a formal approval.
Now that we are aware and its official that Vikander had been Approved for the role, some people may feel or ask what makes Vikander fit to be Lara Croft, well, Vikandar had a big breakthrough year in 2015, appearing in 7 great movies:

Below is a photo of Vikander,…. she does looks fit to be Lara Croft. Doesn’t she?

She’ll stay in the limelight this year with Tulip Fever, Jason Bourne, and The Light Between Oceans. These are also quite remarkable movies to watch out for.

And as for a new Tomb Raider Movie and of course the new Tomb Raider Video Game, nothing had been announced yet but it won’t take too long for both a New Lara Croft movie and Game to be released,
Angelina Jolie is out,
Expect a new face. Vikander is the new Lara Croft.

AAndroid
It’s less expensive than the PlayStation 4 Pro or the magical XBox One S, yet seems to be…
GGoogle
The Wall Street Journal recently reported that the Search Engine Giant and company, Google Inc. will launch buy…
RReviews
In this article, we have provided an ultimate review of Gancube, the company, and its founder, so you…
TTech News
Facebook Developers Conference known as F8 has finally been brought into Lagos, Nigeria by Co-Creation Hub (CCHub). The…
GGames
This is exactly a time for YouTube’s Live E3 Gaming event where lots of new great stuffs are…
RReviews
Today gaming has reached to the highest level and the current GenX are highly fond of top quality…