You know how we roll here by bringing you some of the most exclusive games to enjoy on your smartphones, today we introduce to you another world class game, Chameleon Run.
Chameleon Run is a totally cool reflex-based mobile game developed by Noodlecake Games and Hyperbolic Magnetism, it was released late March 2016 for iOS and later arrived the Google Playstore for Android this May 2016.
Although the game is available for iOS and Android for less than 3USD, you can download the Chameleon Run with Full APK and OBB here for Free 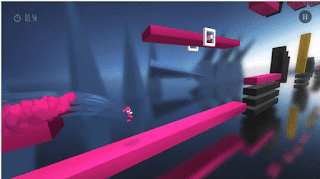 Just like your prestigious Temple Run, the new Chameleon Run game requires your full attention. It consists of several levels which may look easy at start but prove very difficult as you progress to further levels, making you to repeat such stages often times.
What makes the game exceptionally awesome are colorful aspects where you change colors as you tap to jump over to fulfill objectives.

Similar to many arcade-focused mobile games, Chameleon Run is at its best when you’ve memorized the layout of a stage, creating a zen-like feeling of progression as you bound over colour-coded objects, vying to carve a few seconds off your last run.

The game had already garnered lots of success with huge numbers of downloads and players that are increasing daily.

AAndroid
It’s really nice how Android made sharing seamless across its operating system over the years. We know on…
HHow To
Unlocking bootloader and rooting HTC One E8 is really simple after following the steps we personally used and…
AAndroid
Android users who know about DroidVPN should quickly check this one out, it’s working real fast as at…
AAndroid
It’s less expensive than the PlayStation 4 Pro or the magical XBox One S, yet seems to be…
HHow To
Repair or Changing the IMEI of your MTK / Android is now possible, this includes for MTK 6577…
GGuides
Innovation in mobile phone tracking technology allows business owners and parents to track the whereabouts of their employees…