Around the first day in month of May 2016, Google decided to do a final termination of PageRanks, one of its most used tool used to determine the strength of websites across its Search Engine, and since then, all toolbars that display ranks have been showing a PageRank of Zero for all websites.

Going down memory lane, we know how important this tool had been but it never got anymore update since December 2013, then in November 2014, it was confirmed that there will be no more PageRank update for the Google Toolbar, meaning no externally visible update. 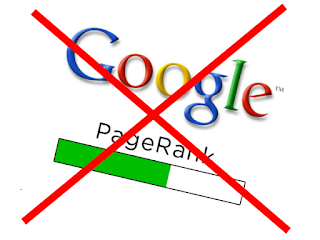 What does this Mean For Website Administrators and SEOs?

From what we’ve known so far, Pageranks were rarely updated and had not been updated over the past 3 years, Google no longer finds it relevant, hence this action was simply to correct and avoid confusion about the meaning of this key figure for the very complex evaluation of a website. Pageranks are not the only metrics you can use to measure how valuable or good a website is.

And as a follow up from experiments and observation after termination of ranks back to Zero, the ranks of websites were not totally eliminated, at least, NOT INTERNALLY, only the visible page ranks or numbers are now gone hence most sites seem to maintain their value and position on the Search Engine after the page rank termination was carried out.

How to Add Card and Use Apple Pay in Canada (For iPhones, iPad and Apple Watch)

SSEO
Tag clouds, also known as Labels is a very innovative way of unveiling the popular posts in your…
SSEO
Over the past ten years, the growth of social media websites has been phenomenal. Sites such as Facebook…
SSEO
Every serious blogger have dreams to make his or her blog hugely popular. With countless of blogs…
AAndroid
The latest update to Google Maps for Android smartphones is bringing two new features that might interest two…
GGoogle
May be you are hearing of virtual reality for the first time. Let’s quickly describe, in less than…
SSEO
This may probably not be the first time you are hearing of SITE-MAPS, and their importance to your…