A new God Of War Has Come! Norse Mythology – Watch the Trailer

This is exactly a time for YouTube’s Live E3 Gaming event where lots of new great stuffs are being rolled out for everyone in the Gaming entertainment industry. Rumors were leaked and now Sony had finally made the announcement Official, a new God of War game is coming.

It’s been about a year since we saw the last God of War 3 on PlayStation 4, people had been anticipating what could be Kratos’ fate in the game since had been around, fighting, killing, and resurrecting in the previous sequels over since 2005. 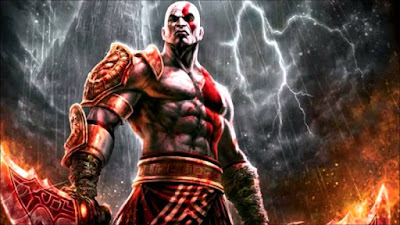 However, there will be a little difference in the new game, God of War 4, themed: Norse Mythology. Kratos had grown old, the game also will feature his own son where the journey sees Kratos head to the frosty north to take on the great Norse Gods.

Watch the trailer below. God of War 4 | Norse Mythology

The game is available only on PlayStation 4 at the moment and may be open for sales in coming months this year.

MMobile
In the last two weeks, something has been sending waves of excitement all over the internet, and it’s…
AAndroid
It’s less expensive than the PlayStation 4 Pro or the magical XBox One S, yet seems to be…
TTech News
The Tomb Raider’s revive has anointed its new Lara croft. Another pretty lady named Alicia Vikander, an oscar…
TTech News
Second installment of “One Punch Man” is set to make a comeback in the year 2017 to make…
RReviews
In this article we have provided an ultimate review of Gancube, the company, founder and the Shop, so…
iiOS
You know how we roll here by bringing you some of the most exclusive games to enjoy on…