Every time we open our smartphone’s camera, our intention is to take a photo, to capture moments or shoot videos with the phone. But your device’s camera is now created to do more than just taking beautiful selfies, group photos or video calls.
Regardless of whether your phone runs Android or iOS, here are some other cool tricks and things you can do with your smartphone’s camera combined with various apps you will need; to perform them. 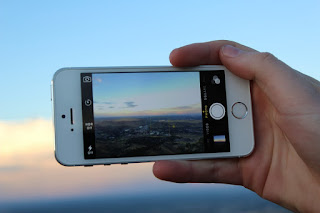 Assuming you’re walking down somewhere and see a road sign or a text written on a bus, or you’re in a restaurant presented with a food menu having texts you don’t understand, simply pick up your phone and open Google Translate (For Android, For iOS). You can get an instant translation through your camera directly from the front page of the app, tap on the camera icon and away you go.
Although the camera feature doesn’t have as many language translations as the text side of it, but it can be pretty handy in many cases.
TextGrabber + Translator – Get it for Android, for iOS
and WayGo (Android, iOS) all work in a similar way.

2. FOR PICKING STARS IN THE SKY

Speaking of augmented reality or mixed reality, you can blend the use of your phone’s camera and unique apps to find and pick out stars in the beautiful clouds once its evening or night, without telescope.
To do this, install SkyView (Android, iOS), point your phone camera up at the sky
You may also use apps like Wikitude (Android, iOS) or Blippar (Android, iOS).
These are amazing AR apps, you may even make a person smile if you show it off to your boy or girlfriend as you both are taking a night walk. 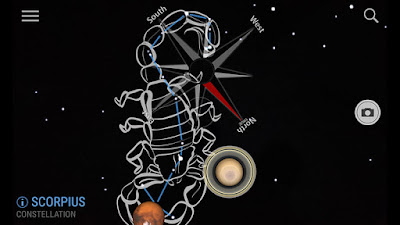 You don’t always need the bulky scanning machine when you have a smartphone with you. Whether you would like to convert a pictured document to editable texts, or you would like to snap them as photo to keep them safely in the cloud. Your phone’s camera with special Apps can perfectly handle that.
Scannable by Evernote’s app ( For iOS ) and ScanBot (For iOS) are great choices, so is Google Drive apps (For Android) is able to do that same function.
You can also do this with CameraScanner ( For Android, For iOS )

4. WHEN YOU FORGET YOUR EYE-GLASSES 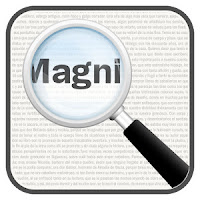 If texts are too small for you to see when reading, you can use this Android app to magnify the text, making it to act like your eye glasses so you can see the texts clearly through the screen.

Doing these cool stuffs may almost feel like magic, hope you’ll pick one and try soon.

A new God Of War Has Come! Norse Mythology - Watch the Trailer

AAndroid
8. ELEPHONE P7000 – 3450mAh Elephone P7000 released recently this year 2015, it’s an up-to-date MediaTek device…
HHow To
Incase what you wanna do doesn’t workout even after successfully making Repair or Changes of your IMEI Number,…
AAndroid
It’s really nice how Android made sharing seamless across its operating system over the years. We know on…
AAndroid
GTA – Grand Theft Auto: Liberty City Stories for Android is here and once again (we now have…
AAndroid
10. LG G VISTA – 32000mAh This smart phablet is kind of really big, 5.7 Inches in size…
GGadgets
Some years back some photographers had decided to ditch their awesome DSLR and take a completely different approach…