At the WWDC 2016 event, big announcements were made about some sweet updates coming to iOS 10. After watching the Apple announcement of Sirikit, how it’s been made open for developers to tweak it as they please, if you go through the video as an Android user, you may ask yourself same questions as I did, why we don’t have this feature on Android? 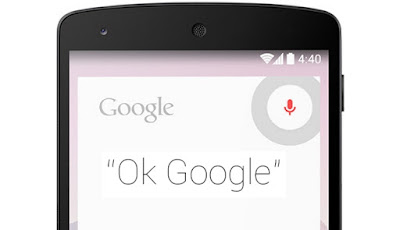 Of course we have it, but it’s not open. Google introduced Google Now voice actions API two years ago but this is limited to system voice actions like set alarm, remind me etc (check out the full list here => https://developers.google.com/voice-actions/system/

According to a Reddit user for Android threads, in this same time they announced custom voice actions where devs can implement custom action ( https://developers.google.com/voice-actions/custom-actions ).

API wasn’t open and devs weren’t able to make a request to participate in the program. Today, two years later, API is still not open and if Google doesn’t open it quickly, they may be in a situation where Siri will be more useful than Google now .
People, not just developers want to be able to tell it a specific action to take, without necessarily say “OK Google”

A new God Of War Has Come! Norse Mythology - Watch the Trailer

AAndroid
Google back in September introduced the first set of Android apps for Chrome OS via its App Runtime…
AAndroid
It’s TIME to Take Charge!Infinix Mobility is launching a new smartphone in July 3rd 2017 which is a…
AAndroid
10. LG G VISTA – 32000mAh This smart phablet is kind of really big, 5.7 Inches in size…
AAndroid
Infinix Hot 3, the smartphone we talked about 2 weeks ago had made its way to Jumia’s website…
RReviews
Samsung Galaxy S7 and S7 Edge are one of the most sophisticated and sleekest smartphones in Nigeria this…
BBest List
Latest top 10 Android Phones Under 50k (updated Specs with price list for 2018) – There is an…