Some years back some photographers had decided to ditch their awesome DSLR and take a completely different approach to photography. If I were among them, I would wish the same thing they did, that I didn’t want a task to haul around, however, still be able to take respectable pictures.

The camera people use itself wasn’t so much the problem; it was the lenses. With rare exception, the heavier a camera’s lens, the better its quality (and the higher its price). Smartphones didn’t provide the image quality photographers were after (I’ll be honest, they still don’t) but that’s by the way. 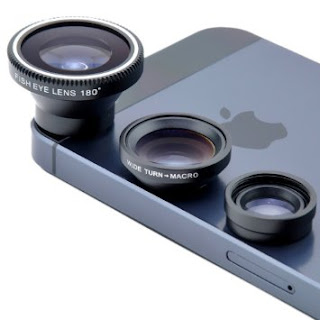 Recent developments had sparked up that proves Researchers at Harvard have developed a lens designed of quartz that’s coated with variant microscopic titanium dioxide towers organized in specific patterns to focus light-weight. the end result is that lightweight centered through a 600nm “metalens” can achieve constant resolution and magnification as a traditional 5-6cm glass lens.

The best part yet to happen according to the video about Shrinking microscope lenses (by Science Magazine on YouTube) below shows that metalenses are far cheaper to produce than traditional glass lenses and are fully compatible with silicon chip technology. Once researchers focus the entire visible spectrum into the same focal length using metalenses, they’ll be able to place them into smartphones, microscopes, DSLRs or any other imaging devices.


Assuming everything pans out, we don’t know if the prices of such phones will increase but we might see smartphones with DSLR-quality cameras arrive sooner than we expect.

BBlogging
After successfully building, attracting a worthful amount of traffic and Signing Up for an Advertising program for your blog…
HHow To
Ever had a feeling of being able to Install a new-stylish font on your Symbian mobile? Perhaps, you…
RReviews
If you’re hearing INNJOO for the first time, well, it’s one of the Best Phone manufacturers producing new…
SSecurity
It’s been two months since the official market release of the iPhone 5, and we still have not…
GGadgets
Are you familiar with this irritating situation, when a mobile phone receives network coverage only near the window…
AAndroid
Tecno launched two new smartphones in its Camon series early in April, and while we were expecting upgrades from…