As is our usual practice to bring you the latest games trending in the world, we are happy to announce to all Batman lovers that there’s a new Batman game out for mobile For iOS (and Android to be Available later).
There have been various game adaptations of different parts of the Batman movie ever since its first release, and the latest game called Batman: Arkham Underworld is an adaptation of the happenings prior to the event of Arkham Asylum and Arkham Origins.
In Batman: Arkham Underworld, you are going to play the role of a Batman villain, and you will be required to: 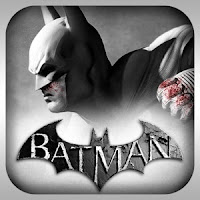 The game is set in various iconic locations around from the Batman Arkham Series, and at the end you’ll have to fight Dark Knight himself and defeat him to take his place as one of the most wanted villains in Gotham City.

How To Get Batman: Arkham Underworld on Mobile

Currently, Batman: Arkham Underworld is only available for download on iOS devices. The version for Android should follow soon enough. For iOS users, you can get the game from the App Store by clicking the link below. Batman: Arkham Underworld is quite different from the other Batman games we’ve been having on mobile and could be the beginning of a new variety of larger Batman game adaptations for mobile.

Meanwhile, Pokemon Go is still causing waves around the world and setting AR-related trends for mobile.

What do you think about the new game Batman: Arkham Underworld?
Have you downloaded it before and have been playing it for a while? Or are you heading to the App Store to download it right now? Perhaps the download is 80% complete? Do let us know what you think of the game after you’ve downloaded and played it.

AAndroid
I probably may have not been ranting about Sony Xperia phones and their other gadgets here on the…
MMobile
After so much anticipation on The Walking Dead: Michonne which surfaced last month, February 2016, the game was…
HHow To
This post will show you how to Fix or bypass License Invalid on Dungeon Hunter 5 and Other…
RReviews
First off, it’s a New Year for football game lovers and ardent followers of the revolution of virtual…
WWindows
Just about 5 months ago, there were rumors about Shadow Fight 3 coming to both Android and Windows…
AAndroid Games
This post covers all you need to know about about downloading The Legend of Sleepy Hollow for Android…