There is a new app on the Play Store, and no it’s not Pokemon Go. It is a photo filtering app called Prisma that has been available on the App Store for iPhones for a few months back, and has finally been brought over to Android users.

The difference between Prisma and the other numerous photo filtering apps that abound on the Play Store, is that it completely rebuilds a picture based on the filter applied to it.

The app works not by just overlaying the filter on top of the image, but it reconstructs the image from the ground up to create a new photo that essentially embodies the applied filter.

With the type of technology utilized by Prisma, photos of any kind and size can now be transformed to look like pieces of artwork by famous artists, with the use of some filters specially designed and included in that regard. 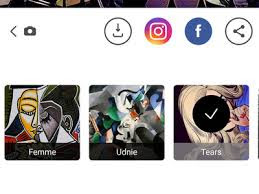 Here are some photos after being worked on by Prisma on Android and iOS.

If you are still not convinced about how good this app is, and how popular it has become since its release(s), here are some statistics. Since the app was released on the App Store for iPhones in the early days of the summer, it has raked in over 10million downloads and over 400 million pictures have been filtered and edited by the app, according to a report by The. Verge.

Even though Prisma is a free app requiring no purchases before installation like many other smart filter apps, it doesn’t diminish user experience by showing ads everywhere possible in the app. This shows that the developer of Prisma cares about its users, also evident in the cool and easy-to-use User Interface of the app.

To view the app in action, watch the below video review of Prisma by Youtube Channel iUpdateOS.

. Have you used the app? What do you think about it? Please share.

HHow To
“Seek and destroy” – this is the first phrase that comes to my mind when I see that…
RReviews
Following so many talks about Nokia’s upcoming Android phones, The Nokia X series with variantsNokia X, Nokia X+ and Nokia…
HHow To
With Video and text Tutorial, here is how to  Add Watermarks to your photos with PicsArt for Android…
AAndroid
Just when we thought it was over, just when we thought that Infinix Note 2 was the last…
MMobile
As at now, there are one billion people using WhatsApp, performing about 100 million calls a day, some…
HHow To
Mozilla Firefox, the number one browser with an estimated 120 million users around the globe has so many…