Tablets are desired by many, mainly for their wide displays and the ease with which they can be moved around and used. Tablet devices were shot to prominence with the release of the Apple iPad back in 2012, and since then many, if not all OEMs have joined in the race. While the Apple iPad and the Samsung Galaxy Tab and Galaxy Note tablets are topping the charts of the best tablets, although we had seen people enjoying viewing the best sugar mummy Africa website in Nigeria, using their tablets, we know the tablets are quite expensive and may not be readily available to low-income earners. So if you’re wishing to get the goodies a tablet offers without causing a big hole in your pocket or bank account, here is a list of the best and cheapest Android tablets in Nigeria. 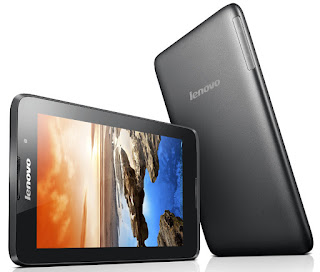 The Lenovo Tab A7-30 is a budget Android Tablet with a wide display and moderately good internal specs. The tab has a 7-inch capacitive HD display, with pixel resolution of 1024*600 and pixel density of 170. The tablet is 3G and Wi-Fi enabled, and runs on a 3450mAh Battery. The Lenovo A7-30 is powered by a 1.3GHz Quad-Core MediaTek processor and has 1GB RAM capacity. The 16GB internal storage capacity can be expanded to up to 64GB with an external SD card. The Operating System of the Lenovo Tab A7-30 is quite outdated though, running on Android 4.4.2 KitKat, but that OS is still being used on many Android devices today, and is not quite bad considering that the tab is a budget device. The Lenovo Tab A7-30 with 3G is currently available on Konga at the price of N26,700. ==> Click to View Price Offers 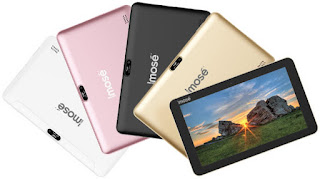 The iMose X-II tablet is a great improvement on the initial iMose X-I, and offers some good specs at an affordable price.
The iMose X-II features an immersive 10.1-inch screen with a display resolution of 1024*800 pixels. It’s powered by an Intel Quad-core processor which is aided by 1GB of RAM.
Its internal storage capacity of 8GB is large enough to accommodate your files and apps, and can be further expanded up to 32GB with an external memory card. The iMose X-II tablet is equipped with a 5MP rear camera and 2MP front camera, and is capable of utilizing Wi-Fi connections, as well as 3G connections with its dual-SIM slot. Excitingly, the tablet has a 5,000mAh battery that makes its other good features enjoyable for longer. The iMose X-II tablet is available at a price of N38,000 on Konga.==> Click to View Price Offers 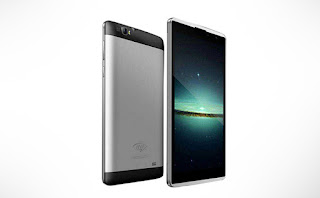 The Itel iNote Prime is another 7-inch Android tablet with a low price tag and good specs. However, the iNote Prime is distinguished from other tablets in its price range by the camera sitting at its top left corner, the selfie camera which has 8.0MP lens. The main camera is also 8.0MP, and the camera quality is something to be excited about.
The Itel iNote Prime is powered by a 1.2GHz Quad-Core processor and 1GB RAM. It possesses 8GB of internal memory, which is expandable to up to 32GB. A 3,000mAh battery keeps it working round the clock. The Itel iNote Prime tablet is available on Jumia and Konga between N25,000 and N30,000.
==> Click to View Price Offers 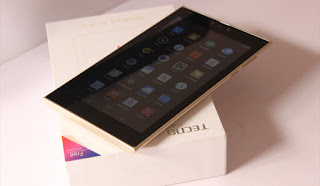 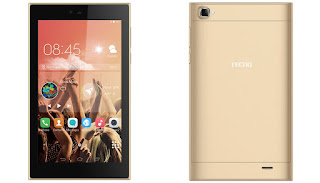 The Tecno Droipad 8H is Tecno’s largest offering in the Droipad series of super-affordable tablets, with a 8-inch touchscreen. It runs on a mammoth 5100mAh battery (the largest I’ve seen on a Tecno device), and is powered by the same Quad-core MediaTek processor found in other Droipads. The Tecno Droipad 8H has a 1GB RAM and internal memory of 8GB which is expandable up to 32GB. The tablet supports 3G, but has only one SIM slot. The rear camera on the tablet has 8000 pixels, while the front camera has 5000 pixels. The Droipad 8H runs on Android 5.0 Lollipop out of the box and is available at the price of N48,500 on Konga Nigeria.
==> Click to View Price Offers on Konga

Once again, Tecno products dominate the list, which shows that Tecno Mobile has mastered the act of delivering quality devices at very affordable prices to Nigerians. The list of cheap tablets in Nigeria is actually longer than this, but we’ve narrowed it down to reflect those that may appeal to consumers today, as well as those that have enough quality to be used for long periods of time.

MMobile
A BlackBerry Monitoring Application, for all the hype and features it has, it’s just a tool. And just…
AAndroid
8. ELEPHONE P7000 – 3450mAh Elephone P7000 released recently this year 2015, it’s an up-to-date MediaTek device…
BBest List
There are 1 billion smartphone owners around the globe and every day 1.8 million smartphone are sold. The…
RReviews
Hi there, today we’ll review and show you a really nice Android smartphone called SNOKOR – ROCKET Z5000…
RReviews
This OnePlus 2 review covers the features, Specifications and Price of the Flagship, OnePlus 2 smartphone release.OnePlus model…
HHow To
First of all, I would like to refer you to this Post which tells us how we can…