As at now, there are one billion people using WhatsApp, performing about 100 million calls a day, some will be among users of the devices about to be removed out of their service as it’s been announced on their blog, “We will soon be ending support for certain devices. At the end of 2016”, Whatsapp will no longer support the following platforms:

According to the WhatsApp team, it was a tough decision they had to take cause things are changing really fast and they said “we’re putting an even greater emphasis on security features and more ways to stay in touch with the people that you care about. 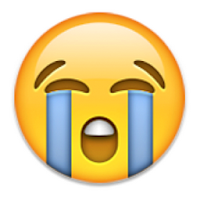 These platforms listed above don’t offer the kind of capabilities we need to expand our app’s features in the future. If you use one of these affected mobile devices, we recommend upgrading to a newer Android running OS 2.3+, a Windows Phone 8+, or an iPhone running iOS 7+ before the end of 2016 to continue using WhatsApp.
Once you have one of these devices, simply install WhatsApp and verify your phone number on the new device to continue using WhatsApp. Keep in mind that WhatsApp can only be activated with one phone number on one device at a time.”

There is currently no option to transfer your chat history between platforms. However, we provide the option to send your chat history attached to an email.
People using those devices about to be cancelled had started getting the notification about this already.

1 thought on “WhatsApp is Ending support for Blackberry, Nokia, Android and iOS devices”