Month of October is near and Google is set to launch its own manufactured replacements of Nexus mobile smartphone into the market known as the new PIXEL phones. It will arrive in 2 variants, Google Pixel and Pixel XL. The release date for both of the devices had been scheduled for October 4th, 2016.
Although, phone case makers had already produced and started selling out cases for the new Pixel phones that replaces the Nexus phones starting this year onwards – on several e-commerce websites including Amazon, and in the process ended up revealing the designs of both the devices.

There are confirmed talks that both variants resembles the iPhone 6 and the HTC One A9 as it housed in aluminium bodies and sporting unduly rounded edges although the edges look very premium and different from many other devices.
Users are sure to have mixed views about the body design, with its iPhone 6 look, but other people would still not fee anything exciting about it. The pure-Android Google phone “Pixel” is said to come with thick bezels that no phones released in 2016 had featured before. More exclusive stuff on the Google’s phone like the Nexus 5X and the Nexus 6P, the impending smartphones will come with rear-mounted fingerprint scanner.
Overall, the Pixel and Pixel XL seem to sport same design, their body sizes are only thing that varies. 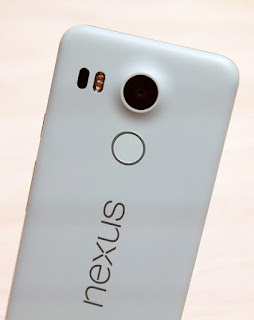 The much anticipated Google’s Android phones, the Pixel and Pixel XL will be announced on October 4th, 2016 at an event in San Francisco.

We are yet to confirm the cost of Pixel branded smartphone but is likely to hit the store shelves with a slightly higher pricing.
Google announced its flagship Nexus 6P last year at a starting price of $499, and if rumors proved to be true, the price could be quite higher this time for Pixel and Pixel XL.

The Pixel and Pixel XL (previously dubbed as Nexus Sailfish and Marlin) had appeared couple of times on several blogs that unleashed its benchmark.
According to Rolan Quandt on Twitter (@rquandt). He discovered the benchmark listing revealing that the Pixel XL variant will run on Android 7.1 Nougat and will be powered by an octa-core processor from Qualcomm clocked at 1.59GHz.
The Pixel XL scored 4176 points in the multi-core test and 1561 points in the single-core test.

Pixel (sometimes called Nexus) had shown up on YouTube by TechRadar:
Watch below.

One Punch Man Mobile Game Will Be Available Soon!

AAndroid
The Nokia 1 is on the bottom of the chart containing the new Android smartphones launched with the…
AAndroid
Best places to repair your Tecno, Infinix phones at CarlCare, their offices/centers and all you need to know…
AAndroid
Phew! This was the sound I made after installing the update and seeing new Icons on my Infinix…
RReviews
There’s recently been a large rise of vendors and shoppers online in 2022 and 2023, hence the need…
RReviews
Hi everyone! The great guys at Untethered Labs LLC (GKchain), a startup based in the US and UK…
AAndroid
The Tecno Pouvoir 1 is the first in a series of battery-focused smartphones recently launched, albeit quietly, by…