Fero Mobiles is known for producing budget smartphones aimed at entry-level Android users in their target markets, and the recently-launched Fero A5002 is another addition to that catalogue of affordable smart devices. 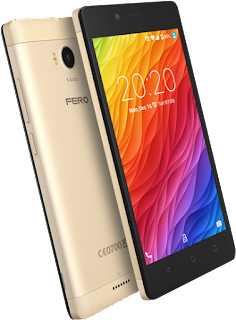 Also known as the Fero Aura 5002, the smartphone has a decent 2,500mAh battery capacity and 8MP rear camera, features quite uncommon in smartphones at its price range. This is perhaps the first step in the improvement in the features of the company’s budget smartphones while still keeping the price at an affordable level.

The Fero A5002 comes with a 5-inch IPS LCD display which is covered with Asahi Dragontrail Glass and has an FWVGA (480 * 854) pixel resolution. The Dragontrail glass protects the screen from shattering when it is impacted strongly (from a fall, for instance), and this is a nice addition to a budget device. 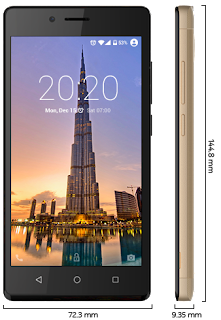 In terms of design, the A5002 has that basic budget smartphone look, with capacitive navigation buttons, large bezels and plastic build material polished to look like metal. The smartphone is quite thick at 9.35 millimetres, but doesn’t weigh too much at 137 grammes.

The Fero A5002 is powered under the hood by a quad-core Spreastrum SC7731C processor which runs at a maximum speed of 1.3GHz. It comes with 1GB of RAM for multi-tasking, and there’s 8GB of internal storage onboard which can be expanded up to 32GB with the use of an external microSD card.

The Fero A5002 is powered by a 2,500mAh battery that can be removed by opening the rear cover of the smartphone. The battery capacity is more than we’re used to seeing in budget smartphones in the price range of this device.

An 8MP camera which has autofocus and is assisted by a LED flash handles main photography on the rear of the device, while a 5MP camera takes care of selfie photography at the front. These camera specs, too, are more than we’re accustomed to seeing on budget devices.

Here, we’re brought back to the reality of the fact that the Fero A5002 is still a budget smartphone, as it doesn’t support 4G LTE network connectivity and runs on Android 6.0 (Marshmallow) which is quite old as far as Android software versions go…I mean, even budget devices run on Android 7.0 Nougat out of the box these days.

Fero A5002 Price and Availability

The Fero A5002 is currently available in offline and online retail stores across Nigeria for N22,500 and can be purchased in Kenya for Ksh. 6,000.

HHow To
Today I will be sharing with you, one of the easiest and best ways to fix PUBG Mobile…
RReviews
Month of October is near and Google is set to launch its own manufactured replacements of Nexus mobile…
HHow To
We all want our smartphones to standout in every way, we want people to say “WOW! How did…
AAndroid
The release date of Android 7.0 Nougat is drawing closer, even as Google has released the last in…
RReviews
The latest flagship, Tecno Phantom 5 has been Officially Launched at Sheraton Hotel, Ikeja Lagos Nigeria today 16th…
AAndroid
Infinix Hot 4 as we said few weeks back had been launched into the market, around last week…